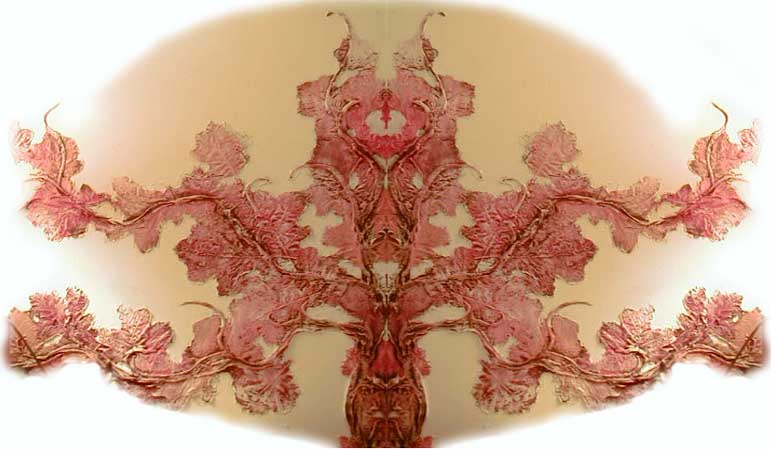 the Jewel in the Heart

While the debate over how we can KNOW that we KNOW something to be "true" or "real" forms one of the central exercises in futility with which those sentenced to Philosophy 101 must wrestle without much hope of success, in the "real world" of human life outside the classroom the debate clearly does have a resolution.. and a quite simple one indeed. If it works, it is "knowledge;" if it doesn't work (yet!,) it is just "a thought!"

That simple definition.. upon which all of science is founded.. should by all rights be applied to all matters spiritual as well as physical.. though it would naturally mean that many of mankind's most sacred cows must be sacrificed as the price of true knowledge.

For instance, if asked what they "know" to be the truth about "spiritual matters," most people will quote you one of four alternative answers:1)"I don't know for sure" (officially, the Agnostic answer;) 2) "I believe what my religious books tell me" (the official Theological answer;) 3) "I believe what material scientists say about that" (the official view called Atheism;) or 4) "My personal intuition is this-."

Several thousand years ago there arose a School of Thought (or Philosophy) which claimed that only Intuition proven to be accurate in shaping one's Personal Reality can really be called "Knowledge." That School of Thought is called Gnosticism, or Gnosis which is the Greek word for "a Special (or superior) Knowledge." All that is not "Gnosis" Gnosticism recognized as either "religious teachings" or "scientific theories" (both of which are enforced from outside the Self and are thus suspect as sources of knowledge.. for external sources may be political structures used to manipulate and deceive you.) Thus, to qualify as "knowledge" a thing should be initially found Within and yet also proven through Outer Results. While Gnosticism happily "studies" all sorts of ideas and information, Gnostics reject the idea of "believing things" no matter which academy of belief (the religious one or the scientific one) originated the "belief."

Need I tell you that Gnosticism was virtually outlawed by the religious community?! That officially happened in 325 AD.. but there are as many (or more) Gnostics today as there were then.. and I confidently predict there will be MANY, MANY MORE in the centuries that lie ahead; for experience has shown that anything that can really change human life for the better cannot be suppressed.

The Process Of Gnostic Enlightenment

Nobody can "define" another person's Gnosis.. for it is uniquely one's own. Scholars finding (perhaps many centuries later) the writings of a Gnostic, may think they have found something UNIVERSAL, but they have NOT; rather, they have merely found a SPECIFIC written by one person who has met the Universal. I have far too much Knowledge to claim that I know YOU until you explain yourself to me! But a familiarity of some years length with my own Gnosis and the unfolding of the Gnostic Enlightenment in others has shown me that there are a few basic principles upon which that Process relies. I offer those here, with the fervent hope that no reader will ever think them "Gnosis:" they are not that!.. just words about how to find and cultivate a Gnosis of one's own.

IT IS BORN INSIDE YOUR "PLAYING"

Children "play" in many different ways. People whose Gnosis involves words often discover their Gnosis as Word Games; chanting or intoning simple and silly sounds. Others may have the Play of "dressing up" which can foretell a future in one of the costume-specific social Roles leading to the Bench, the Monastery, the Military or some other "uniformed" service. Yet others may find their Play in the construction of physical shapes, patterns of light, or any number of other "games." But the one thing that all such Gnosis-Plays have in common is that the Gnosis-Play involves the Self in a powerfully satisfying, compelling sort of MONOLOGUE which occurs as the Play is emerging. This Monologue.. Gnostics have long called it "the Logos" or "Word Of God".. is the beginning of a Gnostic Enlightenment.

As you search through your childhood memories for these Logoic Games of your own, do not expect to find only one or two! We are multi-functional Beings, with a Gnosis inside us to cover each of the many Roles we may "play" down through time. If you simply start writing out a list of the Games you used to play either "by" yourself or mostly "for" yourself as a child (and especially those Games which involved that Sacred Monologue,) you will begin to get a picture of your future life's story. For instance, I personally played "wizards" and "altars" and "cook" and "bartender" while holding Sacred Discourse with myself. In my adult career, I have been a chef, a theological student, a winemaker and a practicing Alchemical Magician. What "made" that happen? Did my Play create the Man; did my Destiny create the Game as it's rehearsal; did the SOUNDS of my Logoic Monologue create ME and my whole story?! Only a Gnostic could answer such questions, and even then only for themself. My own answer is that "the Creator" made it ALL happen, by creating me with a Special Knowledge hidden within me.

A "matured" Gnosis (one that has grown from Child's Play into an Adult Science) is literally a form of Magical authority. As has been learned by every Magician from Merlin on down, "magic" has it's limits; it is centered primarily upon the life of the Magician, and any influence it has over the wider world round-about is limited by the "greater gnosis" of the world Logos (often called Gaia) and the Solar Logos (traditionally called the Kristos by western Gnostics.) And yet, within those limits, a Gnostic can shape and reshape and shape over again any part of their lives that has it's roots in their personal Gnosis.

How? Well, that is the "trick" of Magic!.. and it differs from person to person according to the very nature of the individual Gnostic. For some, the trick is a specific Chant which casts the Enchantment; for others it is a Game which rewrites the Rules of the Game; and for yet others it is a Dress Rehearsal (or Ceremonial Magical Rite) performed with just the "Rite" alterations to alter the life of the Ritualist. It all depends on Gnosis!.. and there is no way of knowing it but discovering it Within. Perhaps the one defining trait common to all Gnoses is that Sacred Monologue which (apparently) bonds the individual back to it's source in the original Act of Creation-By-Decree.

Once found, a Gnosis cannot be either 'lost' or 'disempowered.' Many are the tricks played upon the unwary novice by such "Gnosis-substitutes" or blind-alleys as coincidence or synchronicity, "beginner's luck" and the helpful answer of an (occasional!,) prayer reaching the ears of one of the greater Logoi; such things seldom bear-up under repetition.. but Gnosis does! No matter how often it is performed, it's magic works and to whatever degree is possible within the limits set by the World and Solar Logoi, it accomplishes what the Gnostic needs of it.

IT MUST SERVE THE "WHOLE" AS WELL AS THE "PART"

Were we here to exist in seperate little "bubble worlds" that never intersect, maybe Magic would obey different rules; but as it really is in our universe, Gnosis only works when we have connected our Child's Play to the life and needs of the world around us. Not only does this imply that we must connect our "Inside" or subjective, personal reality to the "Outside" or objective, interpersonal reality, it also requires that connection to be BENEVOLENT and designed to help BOTH parts of the Inside = Outside equation.

How often have you, in your own "play" (including Fantasy) said in your Monologue; "NO.. not the way I just thought, but this way is how I want it to be?" At every such juncture you have glimpsed the central intersection between Self and Society, Inside and Outside, Finite and Infinite Gnosis. Most such moments are used strictly for self-entertainment, but we could if we wished turn them into self-education in the working principles of Gnosticism. Once one has proven through experience what actually SERVES the Whole within which our little Part is played, every such moment of intersection can become a moment of Magical Rebirth for oneself and as much of the World as you actually have influence over.

The ancient Gnostics learned long ago that the best way of guaranteeing that one's Gnosis would "work" at maximum potency is to use Gnosis only to promote the Enlightenment of the World. That is why the great Archives, Libraries and Academies of Gnosticism down through time have all been caretaken by essentially "monastic" or spiritually-dedicated communes. These Gnostic Spiritual Communes have often been misunderstood by later researchers, who saw them as "religious Orders" even though Gnosis is by definition so personal as to defy the doctrinalism or "creeds" upon which all religions are based. Viewed as Mystical Communes dedicated to the Spirit of Self-Discovery, those communities take on a value far beyond anything ever proposed by any religious leader of either East or West.. for what Frontiers may the completely un-indoctrine-ated discover, which would be hidden from the view of even the most sincere "believers?"

Gnosis, then, is a Spiritual Lifestyle that predisposes one toward Communal Mysticism and Activism toward the Enlightenment of the World. Those who have not yet perfected it's use in their own lives are nonetheless still trying to! And those who have met through their own Gnosis the limits of personal power have met and related with "the gods;" and yet they are FREE of both stricture and scripture; and only in the single principle of effectiveness can their lives be measured by anyone. "Sages" indeed, Master Lao called such men and women. I call them Logoi, the children of Logoi.. and ordinary citizens of eternity!

To learn more about our own little Gnostic Community, click-on: